Blogg 1.11.2017On the safety of fertility treatments

I have been fortunate to have been able to follow the development and trends within the field of infertility since 1990. I started out as a medical student doing my final studies, and later continued as a physician. In the beginning of the 90’s the coverage of infertility clinics was poor, and couples had to cue up to be admitted to the clinics, even the private ones.

Some great challenges concerning the treatments, as I have perceived, have been more or less solved over the years. In the beginning of the 1990’s, as the pregnancy rates after treatments were not very good, the efficiency was increased by giving the patients bigger doses of medications. There were more follicles and eggs in both insemination and in vitro-fertilisation treatments. Also, there were more embryos transferred for patients in the IVF-treatments. In those years, the rates of multiple pregnancies increased as much as to be apparent in the national birth registries.

The increased efficiency of stimulating the follicular growth in in-vitro fertilisation treatments led to increased rates of hyperstimulation syndrome, which is an adverse event of the ovarian stimulation. In practice it means that the abdomen is not well after the egg pick-up but keeps on swelling and painful for several days afterwards.

Soon in the 1990’s though, safety issues started to become more important. There was a Finnish multi-center study on the number of embryos to transfer fresh after IVF, where patients were divided into two groups. The first group received two embryos, and the remaining were frozen. The other group had only one embryo transferred fresh, and the remaining ones frozen. After all of the embryos had been used up, the numbers of babies were counted. In both groups, the cumulative pregnancy rates were comparable. In the group with two embryos transferred initially, the babies were more likely to be born as twins, and in the other group, as singletons.

This was a study to change the practices in the clinics, and not only in Finland but also abroad. By having patience and giving the chance to one embryo at a time, we can make the health of the whole family better, taking into account the medical risks of an eventual twin pregnancy and the coping of the parents after childbirth.

We do still transfer two embryos at a time on occasion. Such a decision may be done if the chances of a pregnancy seem diminished, for example due to the age of the lady who produced the eggs, or due to the quality of the embryos. Yet still, there are the rare twin pregnancies. In addition, an occasional embryo may divide and produce a monozygotic twin pregnancy.

The risk of ovarian hyperstimulation syndrome has diminished over the years, due to the increased choice of medications and the overall tendency of stimulating the ovaries more carefully. The patients most at risk of the hyperstimulation, especially the PCO-patients, are still there, but for them, a GnRH antagonist protocol and, if necessary, GnRH-agonist trigger may be chosen. The need for hospitalization is becoming obsolete.

Fertility treatments have become safe for the woman and the whole family. 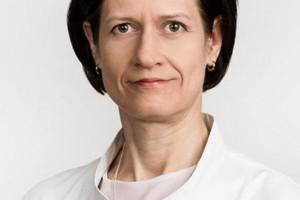